Chat with us, powered by LiveChat

Custom Framed Art with a Story

Our shops come across a slew of stories because of the variety of artwork we handle. Many of those are told by the family members of now past relatives who wish to carry on their loved one’s legacy. Roseann, a loyal Prints Unlimited client for over twenty-one years, and her sister shared the story of their father’s military service during the height of our country’s involvement in World War II and the artwork that stayed with him for the many years after.

Frank Mardjetko joined the American Air Force as both a navigator and a bombardier in February of 1944 and served for thirty months. He piloted a B-17 plane with the 15th American Air Force, 96th Red Devils’ Bombardment Squadron and the 2nd Bombardment Group – Flying Fortress Unit. He flew thirty-five combat missions in WWII’s European Theater during which he was appointed Flight Officer – 1st Lieutenant. Later their father was awarded the Silver Bombadier Wings in June of ’44 in addition to receiving the Air Medal with three Oak Leaf Clusters and the Distinguished Flying Cross for “extraordinary achievement while participating in aerial flight against the enemy.” He accomplished this all by the age of twenty-two. 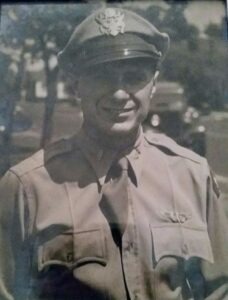 Susie relayed the story of the heroism that earned their father the Cross, “Dad said that a general was on the B-17 during the mission and advised them to go a way of which he respectfully questioned the safety and plausibility. After they found themselves under heavy attack by the enemy, the General advised dad to get them out of there. Dad navigated the entire squadron out of the heavy enemy fire with no loss of life or planes and subsequently was recognized for his outstanding navigational skills.”

The picture, framed by Jill at Prints Unlimited, was near and dear to their dad. It traveled with him over the years hanging in whatever basement or garage served as his man cave at the time. Roseann recalls, “He carried it with him after retirement to Florida where he hung it in a shed near his other prized possessions.” 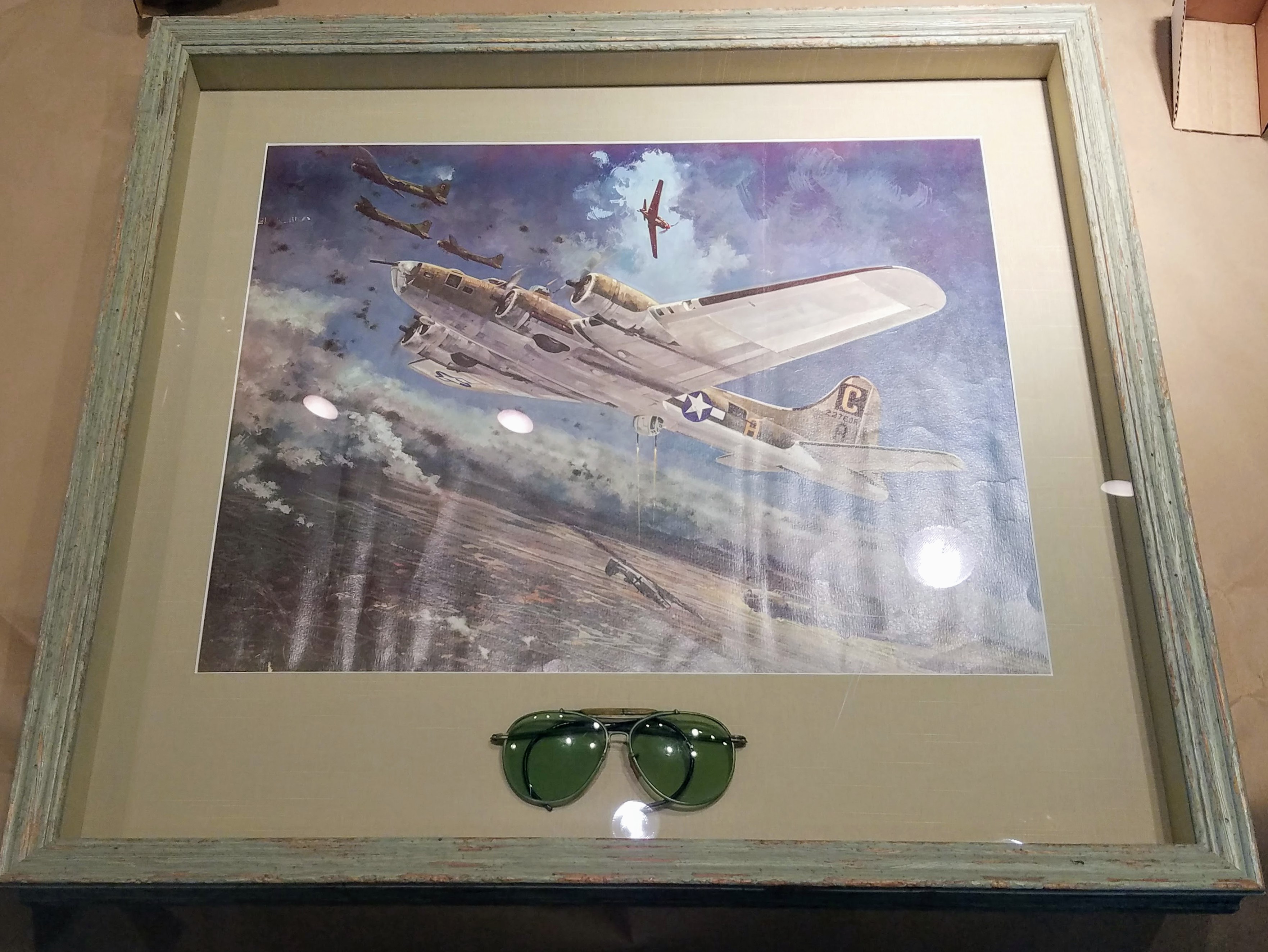 Roseann stumbled upon the vintage aviator sunglasses, a last memento left in a drawer from their father. Susie admires the pairing of their father’s treasured art with the sunglasses he wore during the war, “It never was framed beautifully or gained the prominence it now will have after his loving daughter decided to pair it with his aviator glasses. Only she and Jill could do them justice and allow the story of our dad’s bravery, courage, and strength to be told for many years to come.”

What stories do you have waiting to be framed? Contact us for a free custom framing consultation. 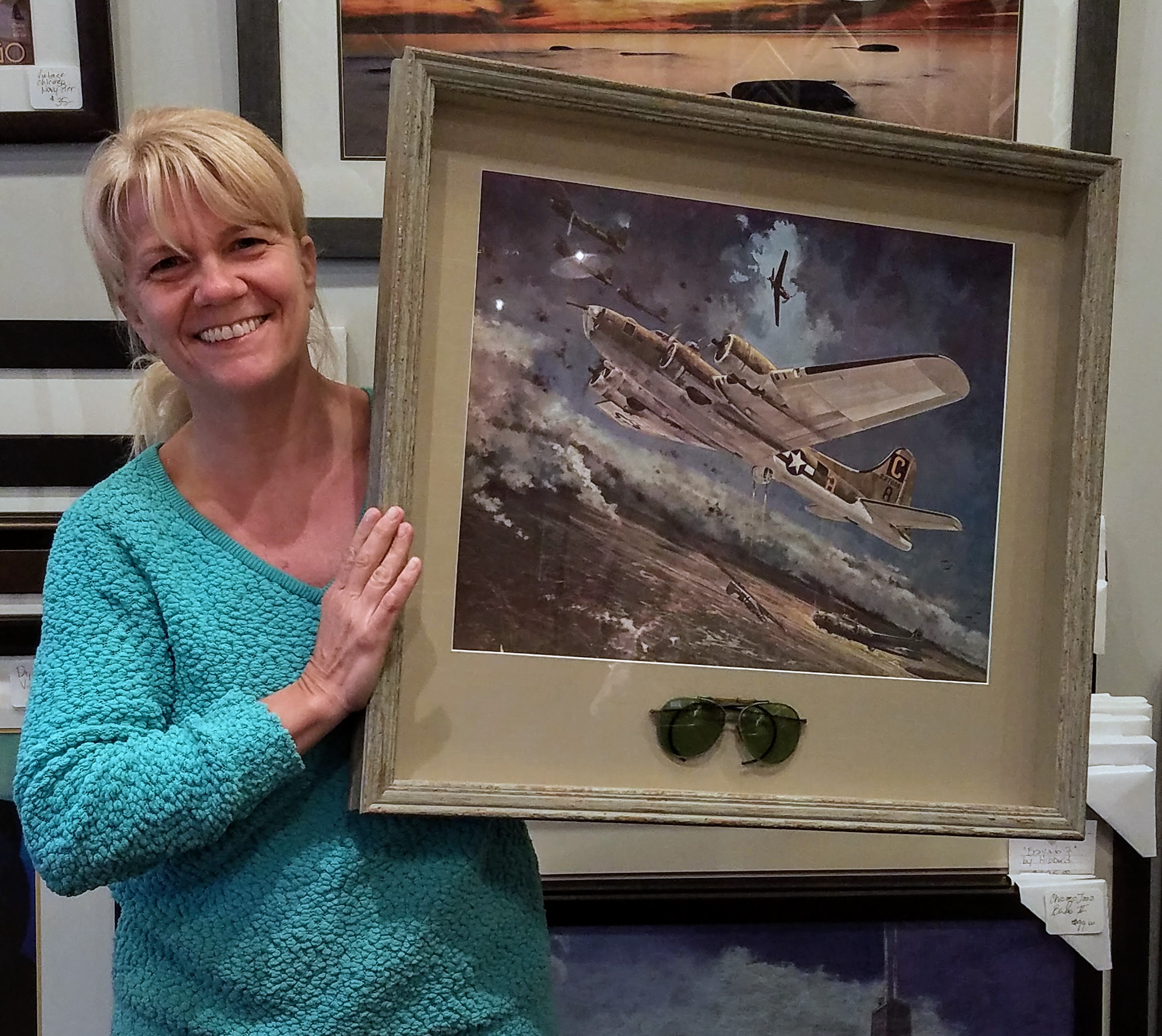